Try this easy crockpot barbacoa for your next taco night! It sure tastes great. 🙂 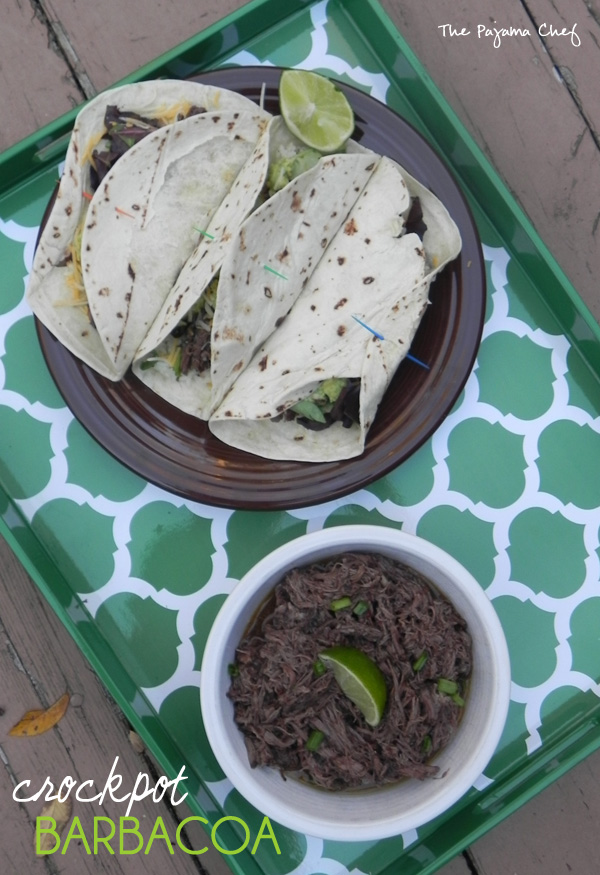 It was a little surprising that I picked this recipe for this month’s edition of the Secret Recipe Club. Sure, I love Mexican food. That shouldn’t be a surprise to anyone who has ever met me. The surprising part is that I don’t think I’ve ever had barbacoa, except in one or two bite tastes from my husband’s Chipotle burrito. What can I say? Pork or chicken or even–GASP–vegetarian > beef almost allll of the time in my life. But when I was selecting a recipe to make this month from Sashi’s blog, Get off the Couch and Cook, I was feeling like pulling my crockpot out of hibernation. Sashi has tons of other great recipes on her blog, but I must have been in a savory mood when perusing her blog because everything I seriously considered making was a dinner recipe! Hoisin Pulled Pork, Bean and Potato Tacos, Slow Cooked Pulled Pork… they all sounded amazing, as did the barbacoa. And honestly, I planned to make Sashi’s pulled pork, but the grocery store foiled me! There was nary a big hunk ‘o pork in sight, so beef it was. 🙂 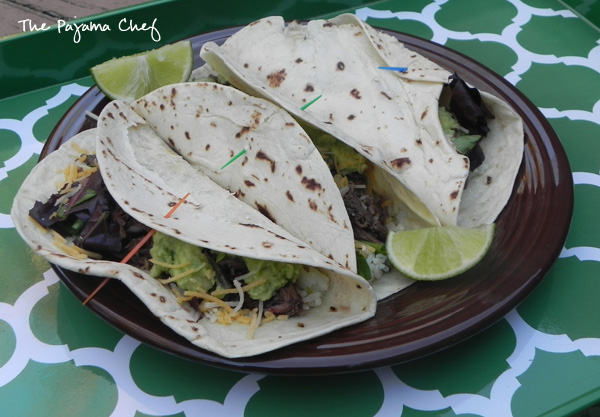 I have to admit, that when reading SRC posts I don’t always click over to the original recipe but if you have a sense of humor, you should definitely read Sashi’s barbacoa post. It is hilarious! Especially the part about how she likes her meat… err, men. 😉 I think Sashi and I would get along well, especially since her husband sounds a lot like mine–he even contributes to her blog, OTT style, and his nickname on the blog is Mr. Onion-Hater! Ben hates onions too, though I think his tolerance of them is a wee bit higher. She doesn’t live all that far away, relatively, as I’m in Nashville and she’s in the Atlanta area. Fun times! 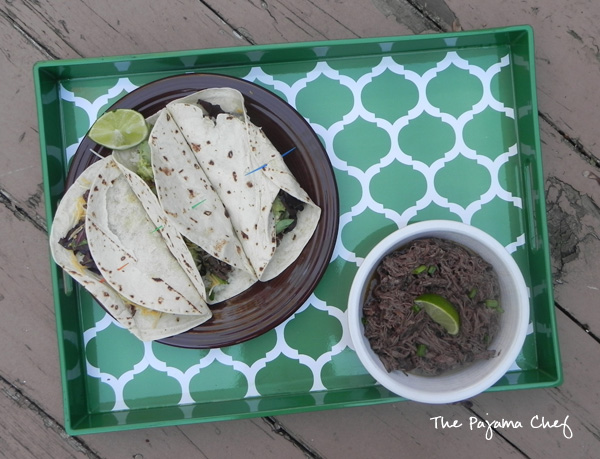 But anyway, back to the beef! This crockpot barbacoa isn’t exactly authentic since it’s cooked indoors in the crockpot [hence the name] instead of over an open fire, but it sure is easy and tasty! The only changes I made to Sashi’s original recipe was to reduce the amount of spice with the chipotle peppers in adobo sauce. I used two to her four, and that was plenty spicy for me. No burn but enough heat. This was a great meal to make on a lazy Saturday to enjoy during a football game. True to Chipotle, I served our barbacoa in soft tortillas with cilantro lime rice, guac, and loads of toppings. I know this will be a repeat meal at our house, and we’ll be devouring the leftovers for dayyys! Hope you try this out too! 🙂 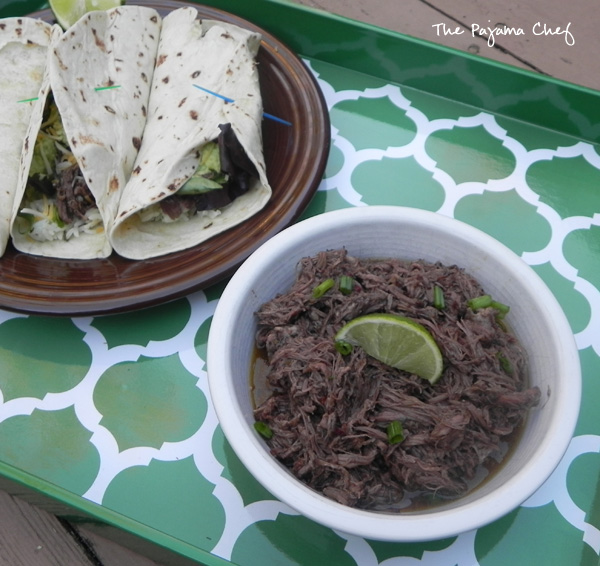 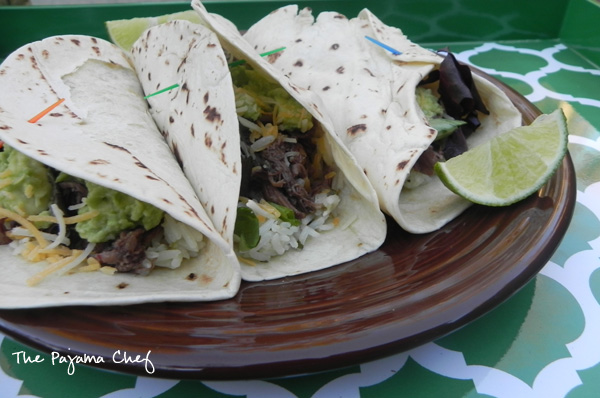 from Get off the Couch and Cook

Place the beef chuck roast in the bottom of a large crockpot. Pour chicken broth, lime juice, and apple cider vinegar over beef. Spread chipotle peppers and garlic on beef, then sprinkle with oregano, cumin, cloves, and freshly ground black pepper. Use the back of a spoon to rub seasoning into meat, then cover and cook for 6-8 hours on low or 3-4 hours on high.

When beef is fully cooked, remove from crockpot and place on a large rimmed baking sheet or dish. Trim fat as necessary, then shred with two forks. Return meat back to crockpot and stir to redistribute the juices.

Serve barbacoa in tortillas with rice and other desired toppings. Enjoy!

Be sure to check out other recipes from the SRC this week here: 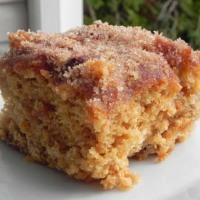 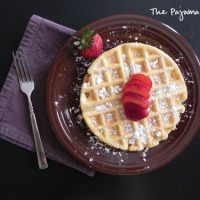 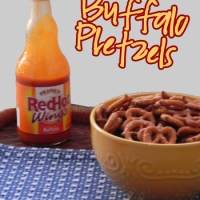 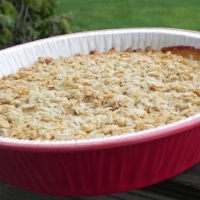 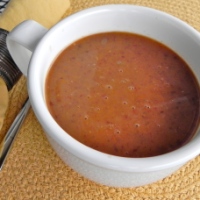 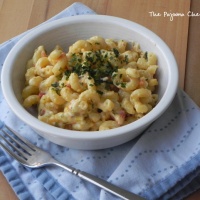 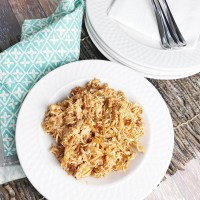 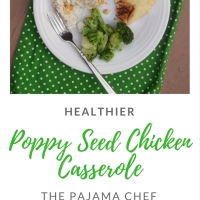 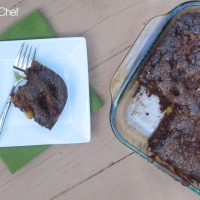 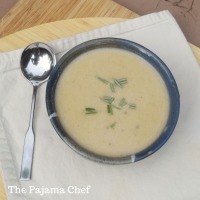